Limited Psychic Abilities-Chiwi has psychic abilities that reach as far as 8 ft. It doesn’t go far but is extremely strong.

properties of what he projects.

Disruptive Radio Waves-Chiwi can unleash disruptive radio waves that cause disruption in other radio waves.

Floating Limbs-Since Chiwi’s limbs float they can extend and hit foes from far away.

Poison and Venom Resistance-Chiwi cannot be affected by poison or venom unless it can melt through his skin.

Weaknesses:Light Preservation-Chiwi needs to maintain his light he uses for the light projections or he will start dying and needs to absorb light energy to maintain life.

Personality-Chiwi has a childish like attitude and will not always focus on the target leaving him vulnerable. He will also throw a temper tantrum if things don’t go his way.

Chiwi is shown to be a small robot like being with floating limbs and a square horn. The Omnitrix symbol is on his chest. 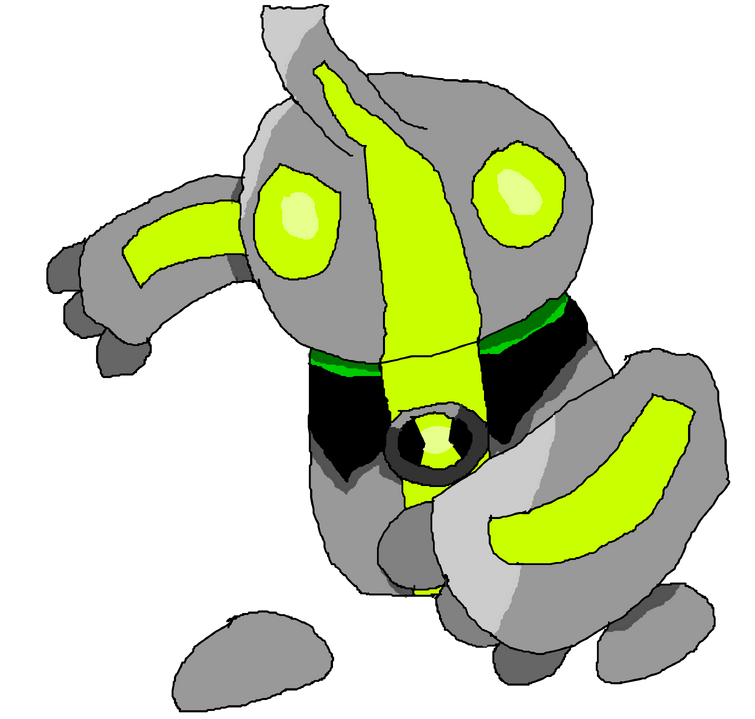 Cool btw i think by psychic you mean telekinesis

Cool, if you want him in wiki commission him to kuro or ash.