Specialized Pyrokinesis:He can control fire. His fire can almost anything from liquids, solids, gases, plasmas and much more.

Aura Healing:He can heal the aura of others and himself allowing them to focus more and have more control over their powers.

Aura Blast:Wildfire can release aura blast from his antlers that get stronger or weaker depending on his aura.

Plant Draining:He can drain energy from plants to make himself stronger.

Environmental Analysis:Wildfire will automatically know the environment around him.

Fire:He can die from any form of fire that hits him, even his own if it is deflected or reflected.

Impeared Vision:Wildfire can barely see thing through his fiery head.

Impeared Hearing:Wildfire is almost deaf because most of what he hears are his flames.

Wildfire appears to be a tall humanoid deer with floating antlers. Wildfire’s body seems to be made of wood with a burning skull for the head. His omnitrix symbol is on his stomach. 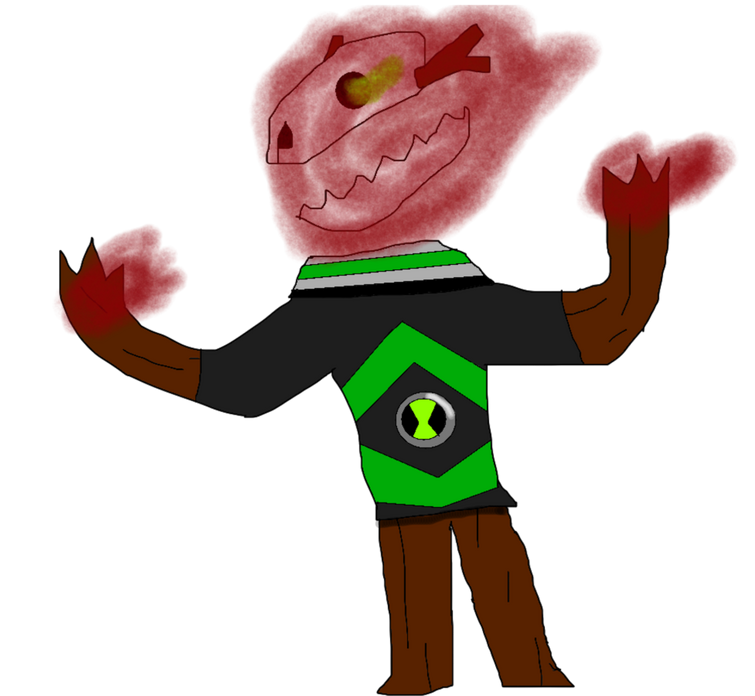 Wildfire is one of Ben's aliens he calls the Odder Five because he lives in the same planetary system as the other 4 which are:Liquit, Zoom, Cornfield and Glowfreak.

Wildfire is also related to Moosetracks.

The Odder Five where actually the first five aliens I made for my Ben 10 Fanfiction: Ben 10 Infinitrix