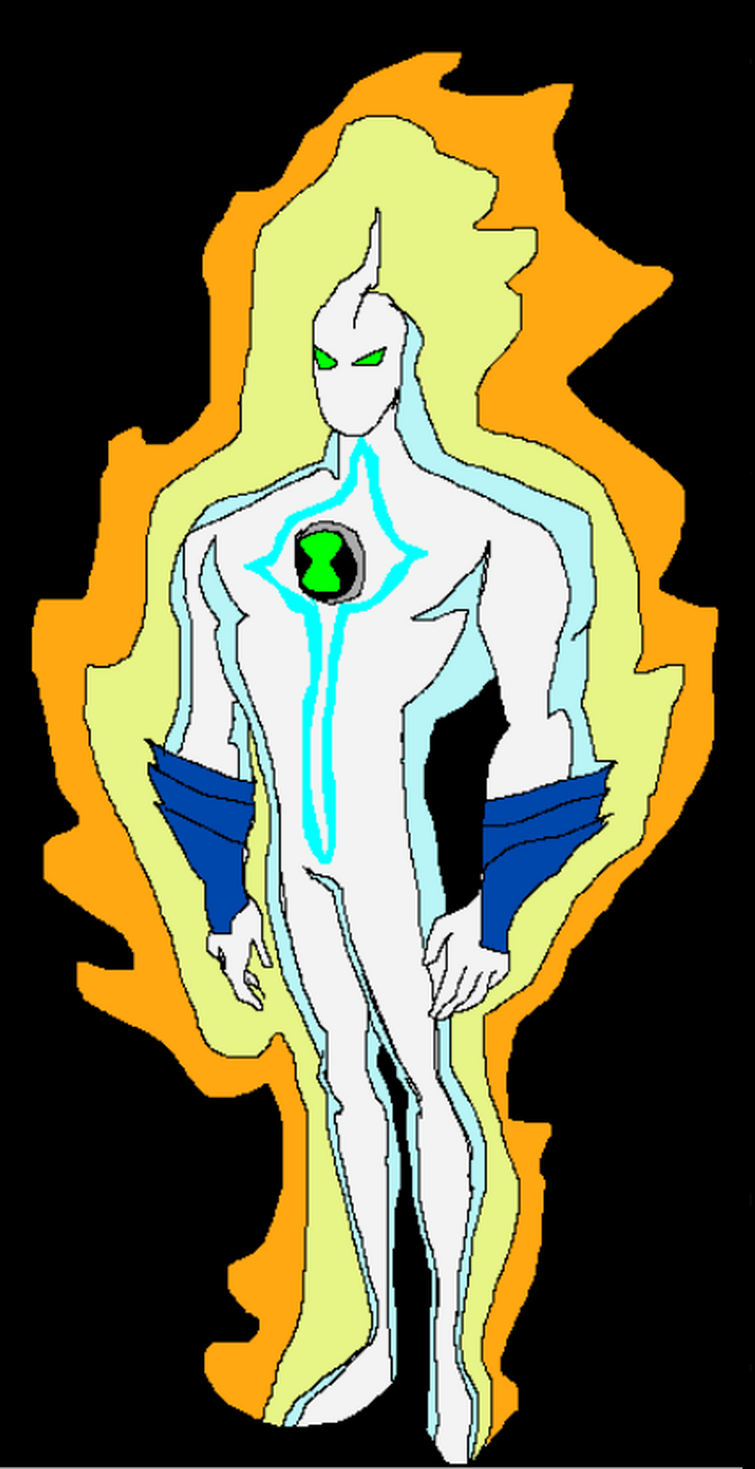 I would call him beyonder or aura, but i have a question what are his powers???

He is 26 dimensional + being

His single thought is enough to shatter Outerversal being

He is based on Naljian and is not actually Naljian kinda like Brainstorm is based on crab but is far superior to crab....

He is beyond everything and anything

He can do anything and everything

He not be hurt by wish or magic or any thing

Cannot be beaten in hand to hand combat

His each atom is pure representation of Omniverse. But any damage to Omniverse has no direct or indirect effect on him

Azmuth asked Ben never to transform into him

He is truly match less

According to Naljians themself 99.999999% of Omnitrix data is just to assure that Ben never transforms into this alien

Wow, thanks for replying, really apreciate it!, he seems even more powerful than alien x, he probably could beat an entire army of celestialsapiens.

Thats why beyonder is the perfect name for him!