Robotic Physiology: Due to him being part robot has a pretty sturdy body.

Cybernetic Limbs:War Machine having cybernetic limbs allows him to turn his arm into a blaster or a lockpick

Pickaxe:War Machine is granted a sturdy and hard pickaxe that can break most materials

Toolbox:War Machine has a toolbox that grants him with many weapons like guns and knives and tools like goggles

Mask:War Machine has a mask that protect his from most deadly gasses

Electricity:War Machine can be killed easily with electricity

Water:War Machine will malfunction and explode if exposed to water

War Machine appears to be a cyborg like humanoid with cybernetic legs with green stripes, a muted dark green shirt with a black bandana that has a green stripe across it, a red pocket, and a green and white mask. The Omnitrix symbol is on his pocket. 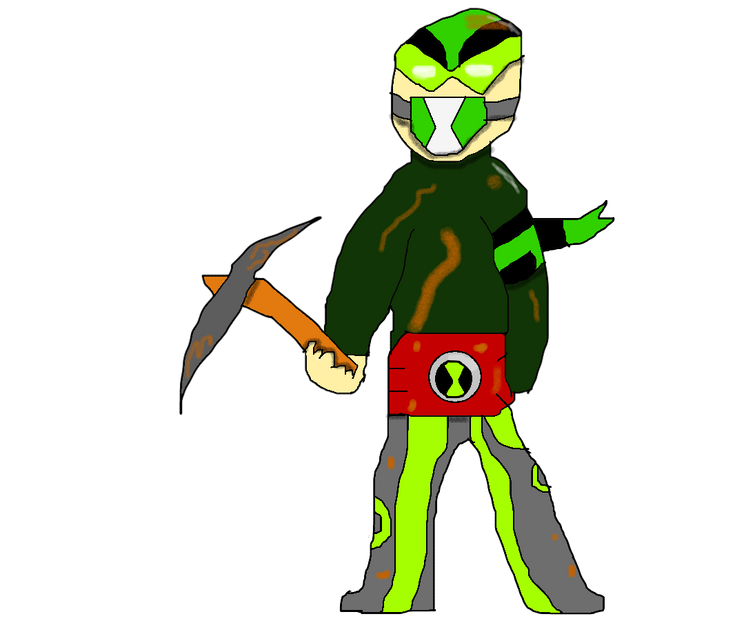 Bioborgs are only able to be scanned by the Omnitrix because the cybernetic parts have DNA in them.

No replies yet. Be the first!