DNA Alteration:DNAde can alter his and the host’s DNA as long as he is attached to his host.

Explosive Blood:DNAde’s blood is able to explode on command without hurting him and the host.

Forgetfulness:DNAde will frequently forget what he was doing and what is happening leaving him vulnerable.

DNR8s:DNR8s are beings specifically created to destroy PRNT 4 and all of it's inhabitants including Fellios.

DNAde appears to be a lime green slime with light grey teeth and a hat covering his forehead in the shape of a face with “angry” eyes. The Omnitrix symbol is located on his forehead. 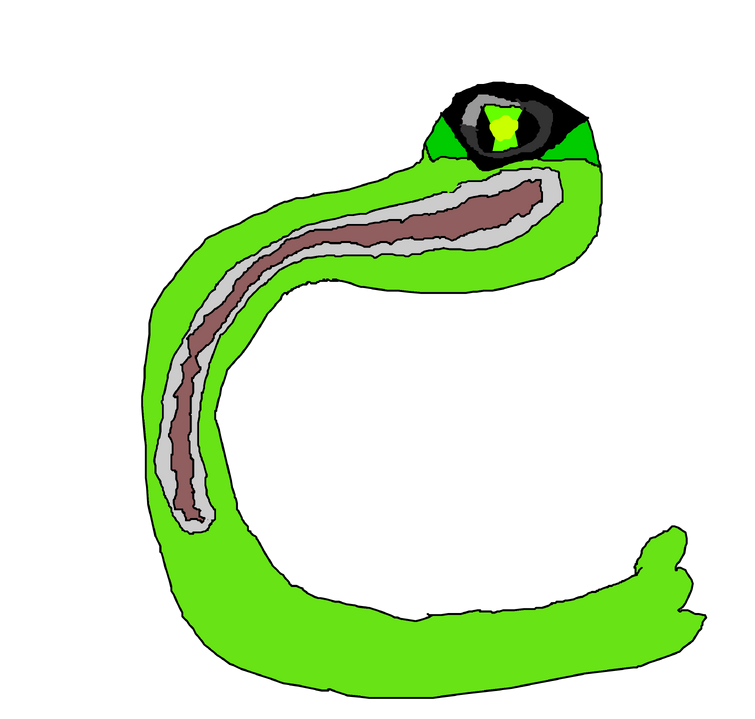 PRNT 4 was once a feared land full of natural predators but due to DNR8s the vast land of acid and rocks then became a vat of dust and ash in hours. The only beings left on PRNT 4 that were there before were Fellios which died rapidly due. Dr Animo then stole most of the remaining ones who went off of PRNT 4 for hostes and used them to create a hybrid alien army filled with DNA altering parasites. But due to Ben stopping Dr Animo he got a sample of a Fellio creating DNAde.