Enhanced Pyrokinesis:Warblaze has pyrokinesis skills that allow him to control any form of fire and can make his fire safe, sharp, ricochet, explode and much more.

Telekinesis:Warblaze can move objects with his mind.

Energy Absorption:Warblaze can absorb any energy that touches him allowing him to be immune to energy based attacks and also allowing him to enhance his strength and stamina.

Skilled Hand-to-Hand Combat:Warblaze is extremely well trained when it comes to hand-to-hand combat to the point to where he can counter any attack thrown at him.

Fragile Body:Warblaze’s body is extremely fragile and can break with a simple punch.

Fight to The Death Attitude:Warblaze has a tendency to act like everything is a life-or-death situation and will fight to the death with brutal force no matter what.

Warblaze appears to be a grey stone humanoid with three squared fingers, peg-like feet, three holes for a mouth and a plethora of fire surrounding his body with a green and black costume. The Omnitrix symbol is on his chest. 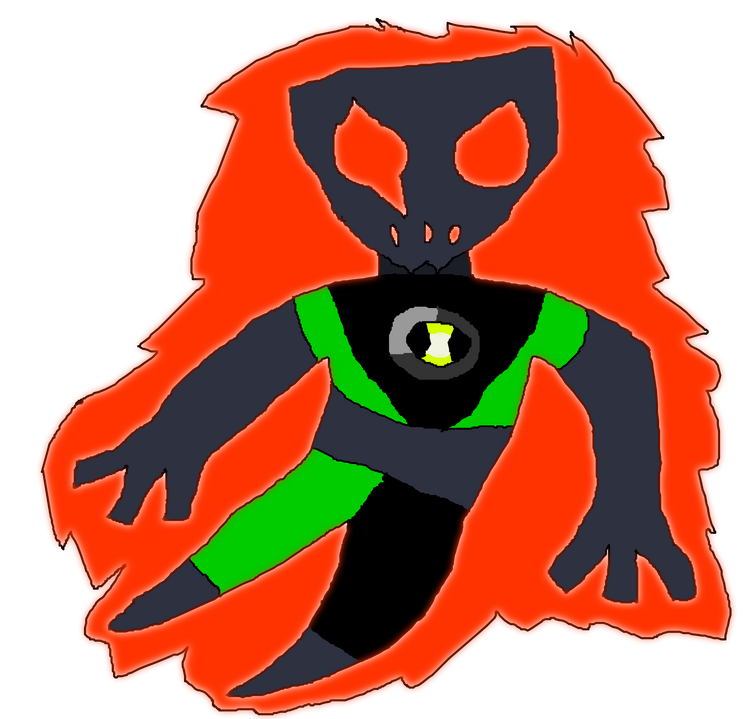 Based on NRG I guess

Are his eyes supposed to be identical?

His eyes are not. Infernians naturally have a scar on one of their eyes. And also he is actually based on a Chromastone and HeatBlast fusion I did.