5 Years later Wiki
ALL POSTS
DiamondHead (Cuz' He's a Classic and Favorite)
JetRay (Cuz' He Enters HyperSpace)
SuckerPunch (Cuz' VILGAX!!!)
GravAttack (Cuz' BlackHole)
Astrodactyl (Cuz' StarPower/RocketPower)
ALL OF THE ABOVE! THEY SHOULD ALL BE POWERHOUSES!

Astrodactyl and Diamondhead aren't that strong

-Diamondhead can be defeated by aliens like Echo Echo.

-Sucker Punch...Ben can beat Vilgax as almost any of this aliens so the same could be said about Sucker Punch.

-Gravattack can't control his Blackholes so wouldn't be that great.

-Astrodactyl can still be out powered by Ben's other aliens.

Touché, although I was also sort of asking which aliens would you LIKE to be powerhouses. JetRay's always been one of my absolute favorites and being massively faster-than-light, plus being able to destroy the Hands of Armageddon, were both pretty impressive, so I thought it'd be cool if he was upgraded to powerhouse-status. Maybe he's not a powerhouse, but I'd love it if he were.

I personally think there shouldn't be a powerhouse playlist (or playlists in general), but that's just my opinion

I finished a concept! Any notes? 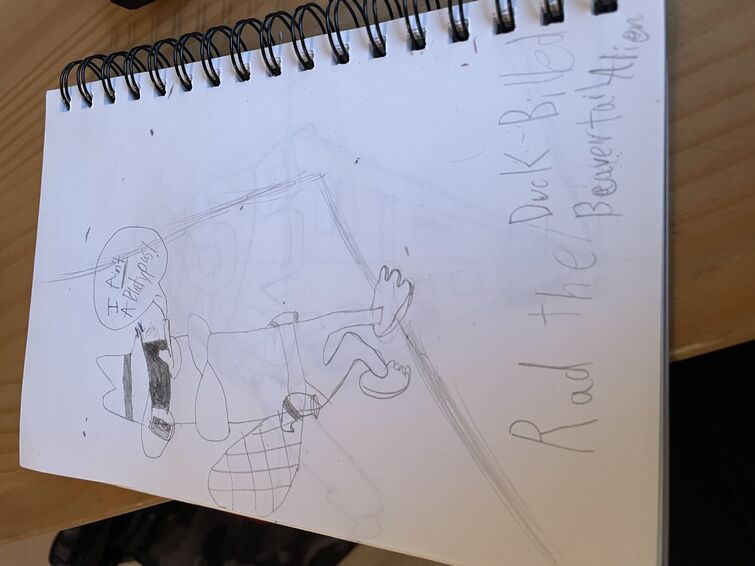 Truly Jetray's full potential is untapped. Imagine Jetray hitting you at 1.25 times the speed of light. Such an impact would cause catastrophic damages. However he shouldn't be allowed on the Powerhouse Playlist because, if Way Big is capable of FTL+ speeds, than his mass and velocity would create a kinetic impact that largely dwarfs the one of a small Aerophibian.

Gravattack is a more suitable option because his possible time manipulation and the ability to make black holes in incredibly useful in battle. However I could never see Ben ever using a black hole except in the emptiest parts of the universe due to the damage it would case to any civilization near it. However his gravity powers are very powerful, but I can't see that alone being more dangerous than Way Big. In my opinion The Worst should be considered for a spot on this list due to how potentially broken his powers are if he has no durability limit and if somehow Ben learned to ignore the pain (similar to Deadpool). Gutrot, Feedback, Pesky Dust, Floam Rubber, Mindwipe, Crazyvulgar, Echo Echo, Wisper, Haphazard, Howl, Solar Bear, AllChemist, Isodope, Ultraviolet, Bathoven, Illborn, Astronaught, Lovespit, Floof, Mister Ninja, Owllusion, Rorsmack, Bloodbite, Dopameal, Melosea, Laugh Bandit, Dino King, Tailporter, Kineticrush, Splotch, and/or Visipede, are more better options. Not because any of these aliens are stronger than aliens in the Powerhouse Playlist. You'll notice that most of the aliens either are kinetic, magic, hypnotic, or have a power than allows them to put most enemies out of the fight to downright overwhelm them. However, some these aliens' powers are cirumstantial and dependent on the weaknesses of each opponent; for example Dino King should not in any circumstance be used to fight Godzilla.

What I'm trying to get at is, to get onto the Powerhouse Playlist, all the powers of an aliens must be taken into account, not just physical strength. Some of the aliens I listed here are capable of one shotting some very powerful villains or at least standing a chance between them and some of Ben more physically stronger aliens. (There is no doubt in my mind that someone like Gutrot or Pesky Dust can incapacitate Way Big, just sayin'. Multiple of the aliens I listed are pretty stupid but that's because it is circumstantial. If Way Big slapped Pesky Dust, then KO, but if Pesky Dust is able to get near Way Bigs' head, then KO.

I rest my case.

@Nexus80 Gravattack can't control the black hole tho. Also Pesky Dust wouldn't be on there either even if he can KO Way Big I mean look at Humongasuar he can lift Way Big but isn't there because of his many weaknesses