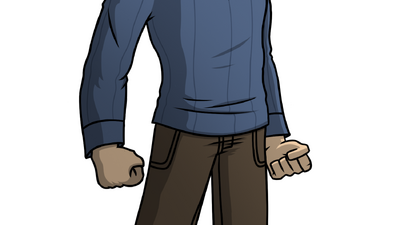 Daniel Jonathan Fenton, also known by his superhero name Danny Phantom, is the main protagonist of 5 Years Later. In his Human Form, Danny is Caucasian with black hair and blue eyes. He has a lean athletic build. He frequently wears warm colors and casual clothing. In his Ghost Form, Danny's... 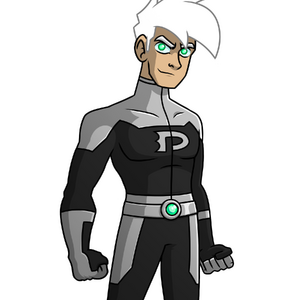 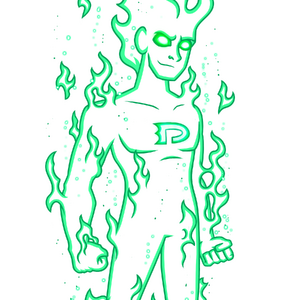 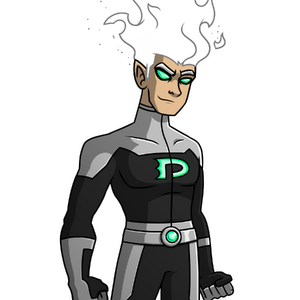 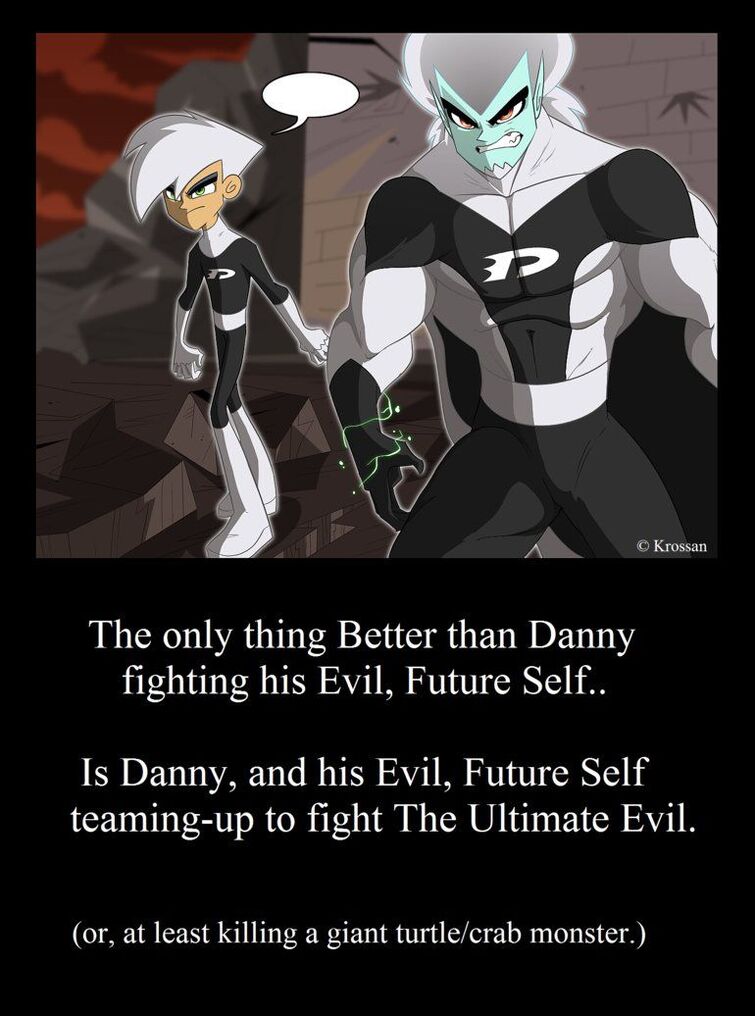 "In the first age, in the first battle, when the shadows first lengthened, one stood. Burned by the embers of Purgatory, his soul blistered by the Souls of The Dead and tainted beyond ascension, he chose the path of perpetual torment. In his ravenous hatred he found no peace; and with boiling blood he scoured the Pariah's Keep seeking vengeance against the dark lords who had wronged him. He wore the Crown of Fire and those that tasted the bite of his sword named him... the Ghost Slayer.

Tempered by the Souls of The Dead, his iron will remained steadfast through the passage that preys upon the weak. For he alone was the Soul Walker, the Unchained Predator, who sought retribution in all quarters, dark and light, fire and ice, life and death, in the beginning and the end, and he hunted the slaves of Death with barbarous cruelty; for he passed through the divide as none but ghost had before.

And in his conquest against the blackened and corrupted souls of the dead, his prowess was shown. In his crusade, the seraphim (angel) bestowed upon him terrible power and speed, and with his might he crushed the obsidian pillars of the Limbo Temples. He set forth without pity upon the beasts of the nine circles. Unbreakable, incorruptible, unyielding, the Ghost Slayer sought to end the dominion of the dark realm.

The age of his reckoning was uncounted. The scribes carved his name deep in the tablets of the Ghost Zone across eons, and each battle etched terror in the hearts of the ghosts. They knew he would come, as he always had, as he always will, to feast on the blood of the wicked. For he alone could draw strength from his fallen foes, and ever his power grew, swift and unrelenting.

None could stand before the horde but the Ghost Slayer. Despair spread before him like a plague, striking fear into the shadow-dwellers, driving them to deeper and darker pits. But from the depths of the abyss rose The Great One, a champion mightier than all who had come before. The Titan, of immeasurable power and ferocity. He strode upon the plain and faced the Ghost Slayer, and a mighty battle was fought on the desolate plains. The Titan fought with the fury of the countless that had fallen at the Ghost Slayer's hand, but there fell the Titan, and in his defeat the shadow horde were routed.

And in his terrible rancor between worlds and through time, the Soul Walker found the wretch who shall not be named, but in his heresy was loyal to his evil cause. The wretch adorned the Ghost Slayer in a mighty armor, wrought in the forges of the Ghost Zone, impenetrable and unyielding. With sword and shield of adamantine strength, the Ghost Slayer set to banishing all that were left unbroken by his savagery to the void.

Yet as the mighty Titan fell and dread engulfed the armies of Death, the ghost priests of the Limbo Temples laid a trap to capture this scourge of the Ghost Zone. Insatiable, even by the vanquishing of the Great One, the Soul Walker sought prey in the tombs of the Pariah's Keep. And blinded by his fervor, the lure drew him in. The priests brought down the temple upon the Ghost Slayer, and in his defeat entombed him in the cursed sarcophagus. The mark of the Ghost Slayer was burned upon his crypt, a warning to all of Ghost Zone that the terror within must never be freed. There he lies still, and ever more, in silent suffering." -Azetlor the Collector