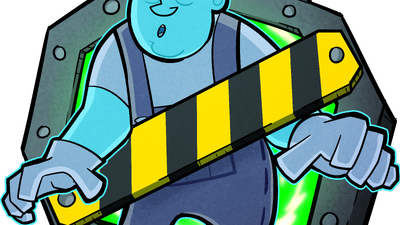 This page contains commission Omnitrix transformations that are not canon to 5 Years Later due to belonging to pre-existing fictional franchises and/or not meeting the necessary requirements of being a full-fledged transformation. A few of the Non-Canon aliens were named by Ink Tank fans on the...

I think I know where GiAnt's species REALLY came from!

Fifty-Thousand US Dollars says that the Etherisapiens are the EXACT SAME Gi-Ants from the episode on Phineas and Ferb!!! No, for realsies, It just makes WAY too much sense for it NOT to be true!

For those of you who don't know, there's an episode from Phineas and Ferb titled "Gi-Ants". (Coincidence? I think NOT!!!) In the episode, Phineas and Ferb create giant mutant ants to put in a giant mutant ant-farm, but then Candace accidentally sprays herself with too much of the pheromones, which dupes the ants into thinking she's their queen. Candace demands a bunch of stuff from them, causing the ants to evolve millions of years in like, ten minutes, and then they kick Candace out after evolving beyond the need for a monarchy.

The episode ends with the Gi-Ants achieving Total-Enlightenment, and leaving to traverse the galaxy in search of "The Fabled Picnic-Planet". That planet must have been Astron!!!

Seriously, Phineas and Ferb inadvertently created a species of Ben 10 Aliens! That means they must exist somewhere in the Ben 10 Universe or Multiverse!!!

If Ben doesn't turn into Meap at some point, or a Whalemingo, I'm calling bullshit!!!

At the very least have them get drinks at the Shooting-Star Milkshake-Bar!!! XD

The homeworld of the AmongSUS species

Which non canon alien would you like to be canon