Bullwark is a bulky, humanoid bull-like alien. He has brown and cream colored fur, with a noticeable mane around his neck. He has a nose with two sets of nostrils, and a pair of horns that curve around his eyes. His arms taper off into tendrils that attach to two massive, dark brown titanium-grade, hardened keratin shields. He wears a black, white, and green suit around his torso and upper legs.

Bullwark's species are the Praesidian Taurmentons, one of two humanoid bovine alien species on the planet Agerrus - the other being the Agerrians. Agerrus is a planet predominantly covered in ponds, farmland, and open plains. The Praesidian Taurmentons perform most of the low-class labor on the planet, grunt work and the like, whereas the Agerrians lead more lavish lives, making the rules and earning money from the work of the Taurmentons.

The two species live in a prejudiced world, with the smaller Agerrians casting the Taurmentons out of society due to their bulk and general clumsiness. This has led to rising tensions between the two species, as the Taurmentons believe they do have a lot to offer, such as a special soup very similar to gumbo from Earth.

The Taurmentons are very quick to anger, easily provoked after generations of taunting from the Agerrians. To combat this rapidly-building aggression, the Taurmentons have vents on the sides of their faces that can expel the rage as a form of ionized steam. However, if the rage builds up within a Taurmenton for too long, it erupts from the mouth in a devastating beam of energy.

The long-winded name of Bullwark's species, and their downtrodden place in society, has led to much of the galaxy referring to them as simply 'Wall Cattle', a name first propagated by the Agerrians themselves, on account of their large, shield-like structures. 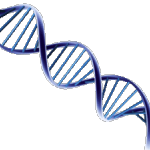