Four Arms is the Omnitrix's DNA sample of a Tetramand from the planet Khoros in 5 Years Later.

Four Arms has a large muscular body with extra arms and red skin. He has four green eyes, a black beard and his hair is in a ponytail. Four Arms wears gold, silver and green gladiator-like armor, much like other Tetramands.

The Omnitrix symbol is located on his sash below the stomach. 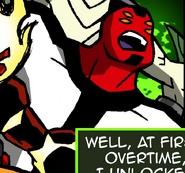 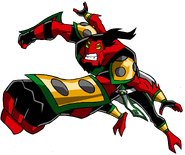 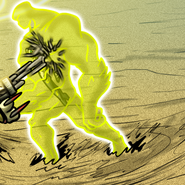 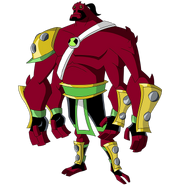