This is the universe that Generator Rex (A show created by Man Of Action, the creators of Ben 10) takes place in. It has not made a direct appearance in 5 Years Later but Nanites from this universe appeared in Chapter 7: Fold.

Rex's Universe is very similar to our Universe. This is the universe where an E.V.O (Exponentially Variegated Organism) teenager named Rex Salazar lives and works for organization named Providence. In this universe, the Earth's atmosphere and every living being is filled with deactivated Nanites.

A few years prior to the events of the show, a program dubbed the "Nanite Project" began work on nanomachines called Nanites, which were intended to do anything from curing diseases to growing new cells to even regenerating bones. However, some time into the project, there was an accidental explosion that released unstable Nanites into the world, infecting every living being on the planet with them and mutating some into monsters called "E.V.O.s". This incident was named the Nanite Event and was considered the most significant catastrophe in history.

After the Nanite Event, Rex started working for Providence, an organization meant to fight E.V.O.s. Using his abilities to control Nanites, he could cure some E.V.O.s and build bio-mechanical machines dubbed "builds" out of his body. He later got injected with the "Omega-1 Nanite", which expanded upon his abilities by giving him new, more powerful builds.

At some point, Ben Tennyson was accidentally shifted into this universe by Alpha, a being made out of Nanites. Ben helped Rex defeat Alpha after he took his Omega Nanite, which caused him to lose access to his most powerful builds, by upgrading Rex's Nanites using Upgrade which enhanced his builds with alien technology. Alpha was finally defeated by Rex firing Ben through Alpha as Cannonbolt. Later, Ben took a compressed Alpha to the Null Void using Upchuck on his way home. 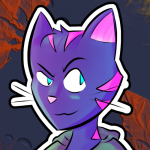