Picture the Multiverse like a collection of paper maps. Each map represents a different universe. Each map can be folded into a unique shape, like how each universe defines their physics through intersecting planes, all interwoven with each other. But there are certain restrictions on how you can fold each map. No matter how insignificant or catastrophic the difference between each universe is, they must all exist within a variation of the basic fundamentals of reality.Eon

The Multiverse or Omniverse is the general and overall setting of 5 Years Later. As the name suggests, this is a realm that contains multiple universes within it. The most notable ones are Ben's Dimension, Danny's Dimension, Zim's Dimension, and Eon's Dimension.

The Multiverse is the total sum of time-space comprised of all realities – universes, dimensions, and timelines. As such, it consists of parallel versions of history, creating new realities. Each timeline is every bit as real as the others, and there is an infinite number of them. The timelines also shift and alter into another. Many of them branched off since when the universe was first created from the beginning of time.

Every time someone leaps through reality, a rift is created. If time were to unravel into a line, these rifts would be visible, and create a map of where and when each rift was accessed.Gwendolyn Tennyson

The Chronians understood this and created a “more refined” form of string theory called the Trea Xugau concept, which depicted the multiverse as a series of origami. 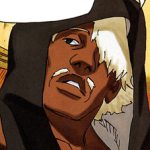 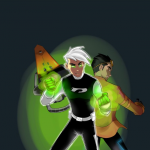