Smash mouth is rather freakish in appearance, having a vaguely humanoid body. On his head he has a large green bulge taken from Slampeed with crystalline shape of Diamondhead, he also has a crystalline under bite, his torso is mostly taken from Swampfire, some of the Swampfire's vines go into the Left arm which is mainly taken from Diamondhead and the tail and the ends of the right arm and right leg. The modified Omnitrix symbol is on his chest with the “uniform” coming out of it, which is similar to Upgrade in appearance. 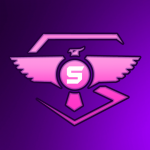