Each of you are here for a very specific reason. Dr. Animo, for your expertise in biological alteration. Technus, for your technopathic abilities and understanding of spectral manipulation. Zim will provide us with a base of operations, and technology that would otherwise be an obstacle to obtain."
"And me?Eon and Vlad Masters

The Alliance is a group of villains from three different dimensions recruited by the Time Walker Eon to enact his master plan. 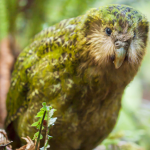